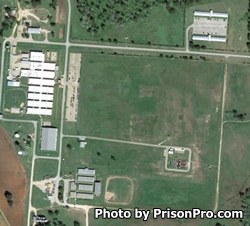 Wallace Pack Unit, usually referred to as 'Pack Unit', is a medium security prison located just outside the city limits of Navasota Texas, part of Grimes County.  Pack Unit is an all male facility that houses approximately 1,157 offenders in the main unit, and an additional 321 inmates in the Trusty Camp.  The facility shares over 7,000 acres with the Luther Unit.  Offenders at Pack Unit can be G1, G2, or G3 security levels and range in age from 22 to 85 years old.  The average term an inmate is incarcerated at Pack Unit is for nine years.

Pack Unit is comprised of 23 housing units and a segregation unit.  The facility is named after Wallace Pack, a former Warden of Ellis Unit who was brutally drowned in a drainage ditch by a prisoner in 1981.

Pack Unit provides off site medical, mental health, and dental services to offenders, and has a twelve bed infirmary, a wheelchair accessible unit, and provides many services to geriatric inmates.  Educational classes are provided in adult basic education and literacy.  Additionally inmates at Pack Unit are provided the opportunity to earn a GED during their incarceration.  Select inmates can provide a supervised labor force for the Texas Department of Parks and Wildlife, and to local government agencies.  Offenders can also learn a new trade in vocational programs that teach carpentry and hospitality/tourism.  Inmates may be assigned work detail in facility maintenance, in a surplus warehouse, in farming edible crops, in a cow/calf operation, grain storage, and in pork production.  Pack Unit also operates and employs inmates on a buffalo ranch, and in caring for security horses and canines.

Wallace Pack Unit holds visitation on Saturdays and Sundays from 8am to 5pm.  Inmates are permitted a single visit each weekend.  Visitors are allowed to bring a small clear plastic bag with up to $20 in quarters.