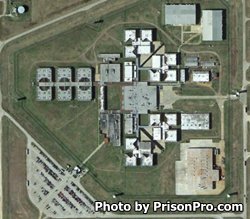 Michael Unit is a mixed custody prison located in Tennessee Colony Texas and consists of inmates who range from minimum security to maximum custody levels.  Currently, the Michael Unit can house up to 2,985 inmates in the main unit and an additional 321 offenders in the Trusty Camp.  This facility is situated on over 20,500 acres and is co-located with Powledge, Beto, Coffield, and the Gurney Transfer Unit.

Michael Unit initially opened in 1987.  The design on the facility is based on a modular pod, which allows for extended lock-downs, easy control of offenders, and both video and visual surveillance.  Inmates at the Michael Unit can be housed in a pod with dormitories, double bunked cells, single cells, or in segregation depending on the offenders internal classification status.

Select offenders at the Michael Unit are allowed to work in agricultural operations that include raising cows and calves, swine, poultry laying, a feed and grain storage operation, in the processing of pork, farming edible crops, and caring for security horses and canines.  Most offenders are eligible and encouraged to participate in the educational and vocational programs available at Michael Unit.  These include adult basic education courses, literacy classes, and the ability to earn a GED during their incarceration.  Vocational training provided at Michael Unit includes horticulture, computers, plumbing, sheet metal fabrication, masonry, landscaping, air conditioning/refrigeration, and automotive electronics.

Visiting Hours for the Michael Unit:

Inmates incarcerated at the Michael Unit are allowed visits on Saturdays and Sundays from 7am to 5pm.  Inmates are only allowed a single visit per weekend.  Visitors may bring up to $10 in quarters contained in a small clear Ziploc bag to purchase vending machine items during their visit.