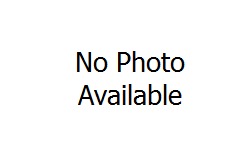 At USP Leavenworth, all offenders are given the opportunity of self improvement.  Leavenworth encourages inmates to work towards self improvement by providing a variety of programs and services.  All inmates are required to participate in either work or education.  Educational courses include General Education Development, Adult Continuing Education, English as a Second Language, Post-Secondary Education, Vocational Training and Apprenticeships, release preparation, and parenting classes.  Inmates not assigned to education will be assigned to work.  Some common work assignments include cooks, bakers, butchers, plumbers, welders, mechanics, painters, tutors, clerks, and orderlies.  Recreational activities are also available for the benefit of the inmates.  Recreation provides prisoners with leisure time to do activities such as crafts, softball, walking, and music time.

In 1910, there was an incident where several prisoners escaped.  Inmate Frank Grigware along with 5 other prisoners escaped by crashing through the prison gates with a stolen locomotive.  All the escapees were quickly caught, however Grigware managed to flee to Canada.  Grigware even became the mayor of a Canadian town called Spirit River.  In 1933, Grigware was finally discovered by the Royal Canadian Mounted Police.  The US eventually dropped their extradition request and as a result Grigware never returned back to the United States.  Grigware died in Alberta in 1977.  Another prisoner, Basil Banghart, has escaped Leavenworth on 3 separate occasions.  On September 5th of 1930, Carl Panzram, was hanged at Leavenworth.  Panzram was a serial killer who was given a federal death sentence.  In addition, two other executions have taken place at Leavenworth.  Robert Suhay and Glenn Applegate, both under a death sentence for murder, were hanged at Leavenworth on August 12th, 1938.