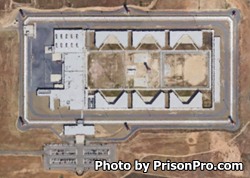 Inmates at Atwater Penitentiary range in age from 20 to 86 years old with an average age of 37.  The average sentence an inmate is serving at this facility is 168 months (14 years).  Many inmates at Atwater are serving considerably more time, for serious crimes including murder and have life sentences.  Due to the type of criminals held at Atwater, this can be one of the more dangerous facilities to be housed at.  In the short period this facility has been open it has had multiple incidents of inmate on inmate violence, and murder.  In 2008, Atwater USP lost a corrections officer when two inmates attacked and murdered him.

Atwater USP provides inmates educational programs that include adult continuing education, parenting courses, and the ability to earn a GED (mandatory for inmates who do not currently possess a high school diploma).  Vocational training helps teach inmates a new skill, and includes computer graphics, cooking, and construction trades.  Atwater USP operates a UNICOR computer recycling factory which employs a large number of inmates and provides wages that range from .23 cents to $1.15 oer hour.

Inmates who are located at the United States Penitentiary Atwater are allowed visits on Saturdays, Sundays and Federally recognized Holidays from 8am to 3pm.  Processing of visitors into visitation will end at 2pm, if you arrive after 2pm you will not be admitted into visitation.  Inmates are limited to three adult visitors and three children under the age of 16 per visit.  An inmate's visitation list can have a maximum of 20 authorized visitors on it, you must be approved and on the inmate's visitation list prior to attending a visitation session.  Visitors are allowed to bring a small clear plastic bag with up to $30 in quarters that may be used to purchase items from the vending machines, at no time may an inmate handle currency.  For questions about visiting, and to ensure that visitation times have not changed or been canceled you should contact the facility at the number provided below.